Watch Who's Afraid of Ai Weiwei? on PBS. See more from FRONTLINE.

Paris In Motion (Part I) from Mayeul Akpovi on Vimeo.

Some Witty, Some Acerbic, Many Spot On in Books, Literature 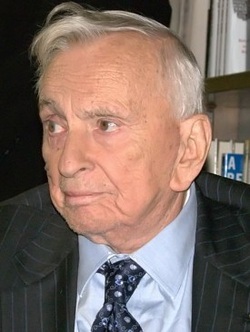 Next to “celebrated” (or “celebrity”) the description I’ve most seen applied to the late Gore Vidal is “acerbic,” or some such synonym—“scathing,” “disdainful”… I’m sure he would relish the compliment. One of the most fitting adjectives, perhaps, is “Wilde-like” (as in Oscar Wilde), deployed by Hilton Als in the New Yorker. The adjective fits especially well considering one of Vidal’s most-tweeted quotes from his treasury of Wilde-like aphorisms: “Write something, even if it’s just a suicide note.” It’s clever and morbid and naughty and devil-may-care, and almost entirely fatuous. Unlike several writers recently featured here—Margaret Atwood, Ray Bradbury, Henry Miller, George Orwell, et al.—who helpfully compiled numbered lists of writing advice, Vidal’s pronouncements on his craft were rather unsystematic. But, like many of those named above, what Vidal did leave in the form of advice was sometimes facetious, and sometimes profound. Despite his evident contempt for neat little lists, one writer in the UK has helpfully compiled one anyway. The “suicide note” quote above is number 4:

“You can improve your talent, but your talent is a given, a mysterious constant. You must make it the best of its kind.”

“I’ve always said, ‘I have nothing to say, only to add.’ And it’s with each addition that the writing gets done. The first draft of anything is really just a track.”

“The reason my early books are so bad is because I never had the time or the money to afford constant revisions.”

“That famous writer’s block is a myth as far as I’m concerned. I think bad writers must have a great difficulty writing. They don’t want to do it. They have become writers out of reasons of ambition. It must be a great strain to them to make marks on a page when they really have nothing much to say, and don’t enjoy doing it. I’m not so sure what I have to say but I certainly enjoy making sentences.”

“Constant work, constant writing and constant revision. The real writer learns nothing from life. He is more like an oyster or a sponge. What he takes in he takes in normally the way any person takes in experience. But it is what is done with it in his mind, if he is a real writer, that makes his art.”

“I’ll tell you exactly what I would do if I were 20 and wanted to be a good writer. I would study maintenance, preferably plumbing. … So that I could command my own hours and make a good living on my own time.”

“If a writer has any sense of what journalism is all about he does not get into the minds of the characters he is writing about. That is something, shall we say, Capote-esque—who thought he had discovered a new art form but, as I pointed out, all he had discovered was lying.”

“A book exists on many different levels. Half the work of a book is done by the reader—the more he can bring to it the better the book will be for him, the better it will be in its own terms.”

[When asked which genre he enjoys the most, and which genre comes easiest:]
“Are you happier eating a potato than a bowl of rice? I don’t know. It’s all the same. … Writing is writing. Writing is order in sentences and order in sentences is always the same in that it is always different, which is why it is so interesting to do it. I never get bored with writing sentences, and you never master it and it is always a surprise—you never know what’s going to come next.”

[When asked how he would like to be remembered:]
“I suppose as the person who wrote the best sentences in his time.”

A series of snippets of Gore Vidal’s wit from Esquire provides the biting (for its non-sequitur jab at rival Norman Mailer): “For a writer, memory is everything. But then you have to test it; how good is it, really? Whether it’s wrong or not, I’m beyond caring. It is what it is. As Norman Mailer would say, “It’s existential.” He went to his grave without knowing what that word meant.”

Vidal returns to the theme of memory in a 1974 interview with The Paris Review, in which he admits to placing the ultimate faith in his memory: “I am not a camera… I don’t consciously watch anything and I don’t take notes, though I briefly kept a diary. What I remember I remember—by no means the same thing as remembering what you would like to.”

While Vidal is memorialized this week as a celebrity and Wilde-like provocateur, it’s also worth noting that he had quite a lot to say about the work of writing itself, some of it witty but useless, some of it well worth remembering.