Unbroken - Louis Zamperini Story - THE BIRD - THEN AND LATER 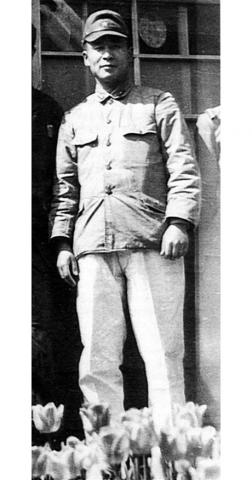 This image depicts Mutsuhiro (Matsuhiro) Watanabe.  Prisoners of War called him "The Bird."

Tom Henling Wade - a Brit whom Zamp first met at the Omori prison camp - provides some background about Mutsuhiro Watanabe.  In his book, Prisoner of the Japanese, Wade describes “The Bird” - whose first name is sometimes spelled Matsuhiro - as a man from a wealthy family:

Watanabe was the spoilt son of a wealthy family.  As he’d told us, he had a beautiful home with a swimming pool in the hills behind Kobe, unlimited money, an adoring mother and he had led a dissolute student’s life.  Watanabe went to school at Waseda University in Tokyo, then worked for Domei, the Japanese news agency.

When called up by the army, he had immediately taken the examination for a commission.  When he failed he resented it deeply, as his brother and brother-in-law were officers.  So the army made him a corporal (later a sergeant), spared him service overseas and settled him at the age of twenty-seven, in a safe berth at Tokyo Headquarters Camp.  (Wade, Prisoner of the Japanese, Kangaroo Press, 1994.)

The Bird’s treatment of Allied officers - under his authority while they were prisoners of war - may well have stemmed from his resentment of officers in general.  He couldn’t be one, so he made their lives as miserable as possible.

One of his favorite punishments was ordering enlisted men to punch their officers in the head.  He would punish anyone who didn’t forcefully throw the punch.  Zamp relates what would happen:

We’d line up while each noncom was forced to walk down the line striking an officer with his fist.  After each punch, the Bird shouted, “Next!”  It became a maniacal chant: “Next-next-next...”  When our men hit easy he’d club them on the head.  We’d whisper, “Look, hit us once.  Hard.”  Then we’d go down and Watanabe was satisfied.  So were we, preferring to be hit by our own men than by anyone Japanese.  (Zamperini, Devil at My Heels, page 158.)

David James - who, like Tom Wade, understood Japanese - knew the Bird’s family before the war.  Singling him out for special punishment, Watanabe ordered James to do a particularly humiliating task:

...the Bird beat Captain James and forced him to stand in front of his office for several days and nights, in early winter, saluting the tree planted in front of the door - not an easy task for a starving, sixty-three-year-old POW.  After a few days, Dr. James collapsed, nearly insane, and spent weeks in bed recovering.  (Zamperini, Devil at My Heels, pages 159-160.)

When he learned the war was over, the Bird hid.  Although he was high on the “most-wanted” list, he never faced a war-crimes trial.  Other Japanese men who were lower on the list than he were given prison - or death - sentences, but Watanabe never faced a court accuser.

He surfaced, again, after the Allies decided to suspend the war-crimes process.  Japan, now an ally of the West, had become important as a Communist-resisting country.  When prisoners-of-war were let out of jail, the Bird began a new life - selling insurance.

His efforts, as a civilian, made him a wealthy man.