Unit 3 Writing Prompt: Argumentative-
​
Essay Option 1: In ancient Greece, the Greek Gods played an important role in daily life.  This element of Greek culture is present in Homer’s The Odyssey in multiple ways.  When analyzing Greek literature, a common question is whether the characters truly have a choice in their destiny.  In the Odyssey, does Odysseus’ choices determine his fate, or do the Gods have control of his destiny?  Justify your argument with evidence from the text and a counterargument.

Essay Option 2: Is Odysseus a true hero? Justify your argument with evidence from the text and a counterargument.

Students will be able to:
-Cite strong and thorough textual evidence to support analysis of what the text says explicitly as well as inferences drawn from the text.

-Determine a theme or central idea of a text and analyze in detail its development over the course of the text, including how it emerges and is shaped and refined by specific details; provide an objective summary of the text.

-Analyze how complex characters (e.g., those with multiple or conflicting motivations) develop over the course of a text, interact with other characters, and advance the plot or develop the theme.

-Determine the meaning of words and phrases as they are used in the text, including figurative and connotative meanings; analyze the cumulative impact of specific word choices on meaning and tone

-Analyze how an author's choices concerning how to structure a text, order events within it (e.g., parallel plots), and manipulate time (e.g., pacing, flashbacks) create such effects as mystery, tension, or surprise.

-Analyze a particular point of view or cultural experience reflected in a work of literature from outside the United States, drawing on a wide reading of world literature.

-Analyze the representation of a subject or a key scene in two different artistic mediums, including what is emphasized or absent in each treatment

-Write arguments to support claims in an analysis of substantive topics or texts, using valid reasoning and relevant and sufficient evidence.

-Develop and strengthen writing as needed by planning, revising, editing, rewriting, or trying a new approach, focusing on addressing what is most significant for a specific purpose and audience.

-Draw evidence from literary or informational texts to support analysis, reflection, and research.


Language Targets
Identify dependent and independent clauses pertaining to comma usage.
Correctly use a semicolon in their writing.
Correctly use parallel structure within thesis statement.

Essay Option #3
Is Santiago a true hero? Justify your argument with evidence from the text and a counterargument.

SantiagoSantiago, a shepherd boy from a small Andalusian town, is the protagonist of The Alchemist. He is determined, headstrong, and curious to learn all he can about the world. As a result, he resisted his parent’s desires that he become a priest and chose instead to work as a shepherd so that he would have the opportunity to travel throughout the country. Despite his natural adventurousness, Santiago remains conservative and self-satisfied in many ways until he dreams of uncovering a treasure hidden near the pyramids in Egypt. Santiago hesitates to pursue his dream until he meets Melchizedek, a mysterious old man who claims to be the king of Salem. After Melchizedek reveals to him the magical powers of nature, Santiago becomes a willing spiritual seeker and sets off to fulfill his Personal Legend, the innate dream each person has of accomplishing their greatest desire.
As the story progresses and Santiago comes closer to the treasure, he becomes more focused on his growing understanding of the mystical force that imbues everything, called the Soul of the World. The time he spends crossing the desert on his way to the pyramids teaches him to pay attention to the world around him and to see all of creation in his surroundings, even in a single grain of sand. The knowledge he gains from the desert allows him to recognize nature as a single, unified whole. His greatest spiritual advancement, however, comes after he meets the alchemist, who helps him to understand himself and to read the omens in his environment. Santiago ultimately learns to communicate with the wind and the sun and the Hand That Wrote All, a force evidently synonymous with God or Allah.

Destitute and “shipwrecked in Athens around 300 BCE,” the once-wealthy merchant discovered Socrates, and decided to “seek out and study with the city’s noted philosophers.” Zeno then taught his own students the principles of “virtue, tolerance, and self-control” that underlie Stoic philosophy (called so for “the porch (stoa poikilê) in the Agora at Athens” where the group congregated). Although the ability to remain calm and composed in a crisis—the quality most associated with Stoicism—occupies a prominent place in Stoic thought, it is centrally concerned with two questions.
As the site 99u puts it, Stoics ask: “1. How can we lead a fulfilling, happy life?” and “2. How can we become better human beings?” In brief, we do so not by obeying or submitting to some kind of capricious divine will, but by attending to the rational structure of the universe, the Logos, an intricate web of cause and effect that determines the world as it is, not as we would like it to be. The Stoic cultivates four virtues—Wisdom, Temperance, Justice, and Courage—and the character recommended by Stoic philosophy makes it plain why Star Trek’s Mr. Spock, as Pigliucci notes, was “actually modeled after [Gene Roddenberry’s]—mistaken—understanding of Stoicism.”

Given Stoicism’s concern with happiness and virtue, we might expect Alain de Botton’s School of Life to be an advocate, and we would be right. In the animated introduction to Stoicism above, de Botton assures viewers “you need more of it in your life.” Why? Because “life is difficult,” and Stoicism is “helpful,” for commoners and aristocrats alike. Indeed the most famous of Stoic philosophers, Marcus Aurelius, was Emperor of Rome from 161 to 180 CE. Considered one of the greatest works of ancient thought, Aurelius’ Meditations is also perhaps one of the most accessible of philosophical texts.
In plain, straightforward language, the emperor-philosopher recommends a series of Greco-Roman virtues, and gives credit to his many teachers. In book two, he writes, “Why should any of these things that happen externally, so much distract thee? Give thyself leisure to learn some good thing, and cease roving and wandering to and fro. Thou must also take heed of another kind of wandering, for they are idle in their actions, who toil and labour in this life, and have no certain scope to which to direct all their motions, and desires.” In other words, rather than suffering in courageous silence—the caricature of Stoicism—Aurelius distills much of its essence to this: “Don’t worry about what you can't control, find good work to do, and do it well and wisely.” 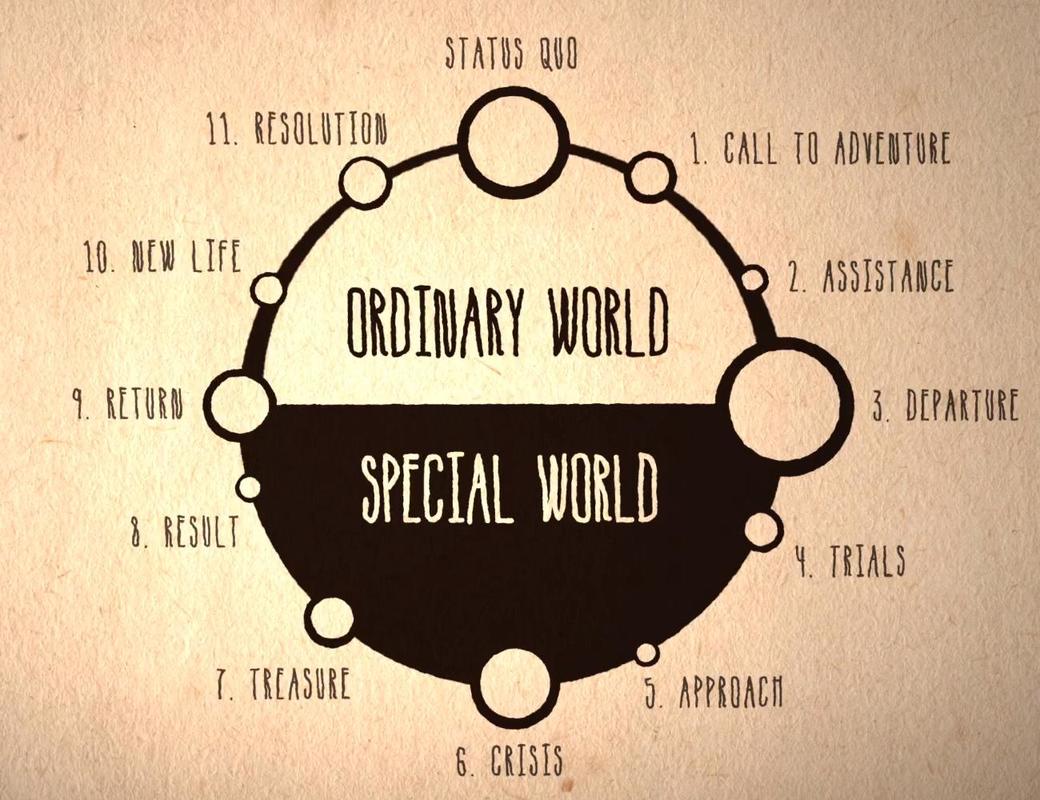 An odyssey/epic refers to any long wandering and eventful journey. But despite including encounters with an angry god, a one-eyed monster, and a man-changing witch, the ancient Greek poet Homer was not focused on a hero going out to seek adventures, but on a man trying to reunite with his family (homecoming) in his lyrical translation of the epic poem of (12,000. Verses).