Invasion of the Body Snatchers
1978

Invasion of the Body Snatchers...  is a 1978 American science fiction horror film directed by Philip Kaufman and starring Donald Sutherland, Brooke Adams, Veronica Cartwright, Jeff Goldblum and Leonard Nimoy. Released on December 22, 1978, it is a remake of Invasion of the Body Snatchers (1956), which is based on the novel The Body Snatchers by Jack Finney. The plot involves a San Francisco health inspector and his colleague who discover that humans are being replaced by alien duplicates; each is a perfect copy of the person replaced, only devoid of human emotion.
Released in the United States over the Christmas weekend 1978, Invasion of the Body Snatchers grossed nearly $25 million at the box office. It initially received varied reviews from critics, though its critical reception has significantly improved in subsequent years, receiving a 93% on Rotten Tomatoes and also being hailed as one of the greatest remakes ever as well as one of the best science-fiction horror films of all time.
Plot
A race of gelatinous creatures abandon their dying planet and travel to Earth, landing in San Francisco. They take the form of small pods with pink flowers. Elizabeth Driscoll, a laboratory scientist at the San Francisco Health Department, brings one of the flowers to her home. She awakens the next morning to discover her boyfriend, Geoffrey Howell, acting cold and distant.
Driscoll's colleague, Matthew Bennell, advises her to visit psychiatrist David Kibner, who is giving a presentation of his new book. As Elizabeth and Matthew drive to the presentation, a hysterical civilian warns them of danger before being killed in a hit and run, with his body being observed by emotionless onlookers. At the bookstore, Elizabeth asks Kibner for help regarding Geoffrey, but he theorizes that Elizabeth is using the belief that Geoffrey is behaving differently as an excuse to interrupt their relationship. Meanwhile, Jack Bellicec, an aspiring writer and friend of Matthew, calls Matthew to investigate when a deformed body resembling Jack is found in his wife Nancy's mud parlor. Matthew goes to Elizabeth to warn her, but discovers a semi-formed duplicate of her.
Matthew rescues Elizabeth and alerts the police, but the duplicates of Jack and Elizabeth disappear before their arrival. Elizabeth deduces that the flowers are involved and examines it at the health department, failing to find records of it, whilst Matthew unsuccessfully attempts to alert several government agencies and discovers that several close friends and associates have been duplicated. At night, Matthew and his friends are nearly duplicated as they sleep. Matthew calls the police, but realizes that the department has been duplicated.
Matthew destroys the duplicates with a garden hoe before escaping with the others. The "Pods" – extraterrestrials who take the forms of humans and kill the originals in their sleep – set off in pursuit of Matthew's group. The Pods emit a shrill scream when they discover a human being among them. Jack and Nancy create a distraction, allowing Matthew and Elizabeth to escape back into the city. Matthew and Elizabeth take refuge in the health department, where they take a large dose of speed, keeping them awake for several more hours. They are soon captured by Jack and Kibner, who were previously duplicated, and injected with sedatives whilst being informed of their intentions for survivability, though their previous dose of speed enables them to escape and kill Jack’s duplicate whilst locking Kibner in a refrigerated room.
Matthew and Elizabeth reunite with Nancy, who has learnt to evade the Pods through hiding her emotions. The two follow her example, but their cover is blown when Elizabeth screams at the sight of a mutant dog with a human face. They separate from Nancy in their escape and quickly board a truck delivering the plants to Pier 70, where the Pods are growing them and intending to ship them overseas to other widely populated cities. Whilst Matthew scouts the area in an attempt to flee aboard a vacant ship, Elizabeth soon falls asleep and is duplicated before the former returns. Horrified and enraged, Matthew breaks into the docks’ warehouse and burns down the building, destroying several plants and killing many Pods. After that, he hides underneath the pier, while more Pods arriving in the area and searching for him continuously.
The next morning, Matthew returns at the health department and witnesses several schoolchildren being taken for duplication whilst more plants are being prepared for the remaining West Coast cities. As he heads towards City Hall, Matthew encounters Nancy, who is quietly reaching out to him for help. However, Matthew instead points out his finger towards Nancy and shrieks at earsplitting sound. To her horror, Nancy realizes that Matthew too has become a Pod while she is one of the few remaining humans in the city. In the end, Nancy is left screaming helplessly.
Cast
Click to set custom HTML 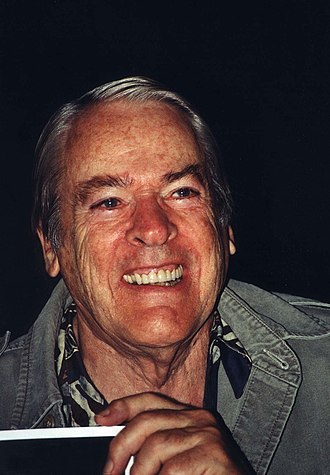 Above... Kevin McCarthy
Protagonist in the 1956/Invasion of the Body Snatchers
Click to set custom HTML 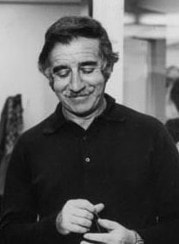 Don Siegel/ director in the 1956 film
Powered by