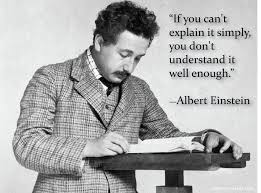 In 1931, Albert Einstein wrote to Mohandas K. Gandhi to express his great admiration for the Indian leader’s methods. Translated from German, the letter reads in part:

You have shown through your works, that it is possible to succeed without violence even with those who have not discarded the method of violence.

The letter long precedes the first atomic bombs and Einstein’s letters to F.D.R. warning of their development and use; though often discussed only in relation to the horrific events of World War II, the physicist’s opposition to violence and war was a longstanding passion for him. Einstein called his pacifism an “instinctive feeling” based only on his “deepest antipathy to every kind of cruelty and hatred,” rather than any “intellectual theory.” His politics often paralleled those of fellow intellectual giant and anti-war activist Bertrand Russell (the two collaborated on a 1955 “Manifesto” for peace).
Gandhi remained an important influence on Einstein’s life and thought. In the audio clip above from 1950, he again offers generous praise for the man known as “Mahatma” (great soul). In the recording, Einstein says of Gandhi:

I believe that Gandhi’s views were the most enlightened of all the political men of our time. We should strive to do things in his spirit: not to use violence in fighting for our cause, but by non-participation in anything you believe is evil.

Gandhi’s concept of satyagraha, which roughly translates as “devotion to the truth,” appealed to Einstein, perhaps, because of its principled stand against political expediency and for a kind of moral commitment that depended on self-scrutiny and inquiry into cause and effect. Like the counter-intuitive theories of Einstein and Russell, Gandhi biographer Mark Shepard writes that the concept of satyagraha is “a hard one to grasp”–Especially, “for those used to seeing power in the barrel of a gun.”

Albert Einstein passionately wooed his first wife Mileva Maric, against his family’s wishes, and the two had a turbulent but intellectually rich relationship that they recorded for posterity in their letters. Einstein and Maric’s love letters have inspired the short film above, My Little Witch (in Serbian, I believe, with English subtitles) and several critical re-evaluations of Einstein’s life and Maric’s influence on his early thought. Some historians have even suggested that Maric—who was also trained in physics—made contributions to Einstein’s early work, a claim hotly disputed and, it seems, poorly substantiated.

The letters—written between 1897 and 1903 and only discovered in 1987—reveal a wealth of previously unknown detail about Maric and the marriage. While the controversy over Maric’s influence on Einstein’s theories raged among academics and viewers of PBS’s controversial documentary, Einstein’s Wife, a scandalous personal item in the letters got much better press. As Einstein and Mileva’s relationship deteriorated, and they attempted to scotch tape it together for the sake of their children, the avuncular pacifist wrote a chilling list of “conditions,” in outline form, that his wife must accept upon his return. Lists of Note transcribes them from Walter Isaacson’s biography Einstein: His Life and Universe:

A. You will make sure:

1. that my clothes and laundry are kept in good order;
2. that I will receive my three meals regularly in my room;
3. that my bedroom and study are kept neat, and especially that my desk is left for my use only.

B. You will renounce all personal relations with me insofar as they are not completely necessary for social reasons. Specifically, You will forego:

1. my sitting at home with you;
2. my going out or travelling with you.

C. You will obey the following points in your relations with me:

1. you will not expect any intimacy from me, nor will you reproach me in any way;
2. you will stop talking to me if I request it;
3. you will leave my bedroom or study immediately without protest if I request it.

D. You will undertake not to belittle me in front of our children, either through words or behavior.

While it may be unfair to judge anyone’s total character by its most glaring defects, there’s no way to read this without shuddering. Although Einstein tried to preserve the marriage, once they separated for good, he did not lament Mileva’s loss for long. Manjit Kumar tells us in Quantum: Einstein Bohr, and the Great Debate about the Nature of Reality that although “Mileva agreed to his demands and Einstein returned”

[I]t could not last. At the end of July, after just three months in Berlin, Mileva and the boys went back to Zurich. As he stood on the platform waving goodbye, Einstein wept, if not for Mileva and the memories of what had been, then for his two departing sons. But within a matter of weeks he was happily enjoying living alone “in my large apartment in undiminished tranquility.”

Einstein prized his solitude greatly. Another remark shows his difficulty with personal relationships. While he eventually fell in love with his cousin Elsa and finally divorced Mavic to marry her in 1919, that marriage too was troubled. Elsa died in 1936 soon after the couple moved to the U.S. Not long after her death, Einstein would write, “I have gotten used extremely well to life here. I live like a bear in my den…. This bearishness has been further enhanced by the death of my woman comrade, who was better with other people than I am.”

Einstein’s personal failings might pass by without much comment if had not, like his hero Gandhi, been elevated to the status of a “secular saint.” Yet, it is also the personal inconsistencies, the weaknesses and petty, even incredibly callous moments, that make so many famous figures’ lives compelling, if also confusing. As Einstein scholar John Stachel says, “Too much of an idol was made of Einstein. He’s not an idol—he’s a human, and that’s much more interesting.”