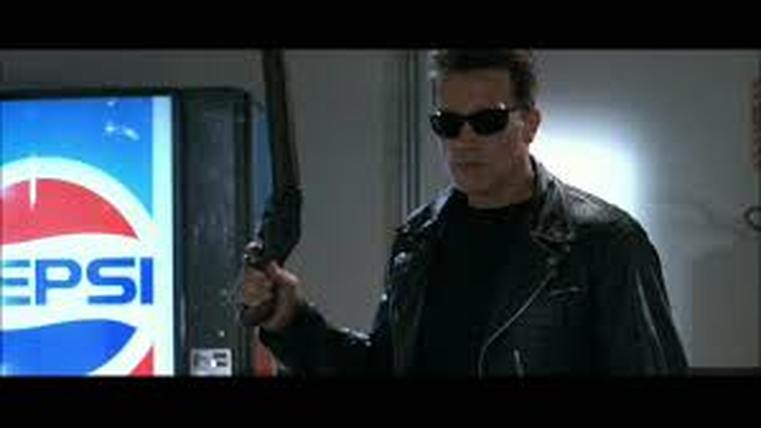 WASHINGTON, May 19— An unusual glimpse into the business of both Hollywood and tobacco companies has been afforded by internal memorandums from the Brown & Williamson Tobacco Corporation. They show that the company spent a million dollars over four years to put images of its cigarettes into movies.
The approach is called "product placement." It is legal and widely used by businesses promoting all kinds of products, but the scale and form of Brown & Williamson's efforts -- the Hollywood figures accepted payment in the form of expensive gifts -- is unusual for the practice.
The internal documents that have come to light are audits the company conducted to see if it was getting its money's worth in placing images of cigarette packs and billboards in movies. It concluded it was not.
The million dollars in placements, a company spokesman, Thomas Fitzgerald, said today, "was a total failure."
The way the placement procedure worked, according to the documents, was that Brown & Williamson asked an intermediary in Hollywood to seek out directors and producers to arrange for placement of cigarette packages and billboards in films, and in some cases to show actors smoking. The producers then designated who was to receive money or gifts.
In one deal, Associated Film Promotions, a firm now out of business, arranged with Sylvester Stallone for Brown & Williamson cigarettes to appear in a significant way in five of his movies, and to "incorporate personal usage for all films other than the character of Rocky Balboa in Rocky IV, where other leads will have product usage," possibly at ringside.
The price tag for the five films was $500,000. The films and their proposed titles in 1983 were: "Rhinestone Cowboy," "Godfather III," "Rambo," "50/50" and "Rocky IV."
The money was for the most part delivered in the form of expensive gifts. For example, $24,200 in "jewelry" was listed in the audit as given to Mr. Stallone. A watch for Mr. Stallone was listed at $7,290. An automobile for Mr. Stallone came to $97,000. An American saddlebred horse for Mr. Stallone was $80,000.
Cash payments of $2,000 and $8,000 were made to the property master and the producer on one of the Stallone films, according to the audit.
Among the listing of payments was $25,000 for charity, to go to the Autistic Children's Foundation.
The audit noted that deals had been made for 22 films between 1979 and 1983, with the Stallone deal by far the largest. In addition, advertising in movie theaters was listed at $300,000. If all the payments were made as noted in the audits, about $1.3 million would have been spent.
Among the larger payments was $100,000 for the film "Harry and Son," including $50,000 in air travel and a $42,307 car for Paul Newman.
About $20,000 was reportedly paid out for the James Bond film "Never Say Never Again," starring Sean Connery. "Jewelry for Sean Connery" was listed at $7,170.
Other films and the amount spent for placement in them included, "The Tempest," $70,000; "Shaker Run," $5,000; "Blue Skies Again," $7,500; "Smokey and the Bandit III," $10,000; "Tank," $25,000; "Where the Boys Are," $100,000, and "Sudden Impact," $50,000. No Written Agreements
The tobacco company's auditors reported that there were no written agreements about placement with movie companies or producers, and that the placements they got were sometimes disappointingly fleet. In "Never Say Never Again," for example, the auditors said a pack of Super Kool Lights appeared on screen for one or two seconds but it was not possible to read the word Kool.
Although product placement is a legal and common practice, smoking opponents like Alan Blum of Baylor University have argued that its use in films shown on television is a way of circumventing the 1969 law banning the advertising of cigarettes on television. But the Federal Trade Commission has never attempted to prosecute companies for the appearances.
Brennan Dawson, an official of the Tobacco Institute, the industry's trade organization in Washington, said all the major companies had agreed since 1990 not to place their products in movies.
Thomas Fitzgerald, a spokesman for the Brown & Williamson company said the practice of placing ads in movies "was a total failure in our view" and was stopped about 10 years ago.
"Obviously, it is something we tried but it just didn't work for us," he said. "It didn't seem an effective way of spending our money."
Ellen Merloe, a spokeswoman for Philip Morris U.S.A., a domestic subsidiary of the Philip Morris Companies, said that Philip Morris U.S.A. has never paid for product placement in movies. But another subsidiary, Philip Morris International, has paid for placements in movies made outside the United States, she said. Since many of the films shown in the United States are made in other countries, placements were seen in American theaters up to about three years ago, she said, when the practice was stopped in international work as well.
Films that included cigarette placements from the international subsidiary of Philip Morris were "Superman II" and a James Bond Film called "License to Kill." How many other companies kept up placements through their international corporate partners after the domestic tobacco companies agreed to stop making movie placements is unknown.
But critics say that the continued widespread appearance of cigarette billboards and identifiable images of brands in movies and on television make them suspect that some deals continue to be made. John F. Banzhaf 3d, chief of Action on Smoking and Health, an anti-smoking group in Washington, said today that there was no direct evidence of payments or deals.
Powered by