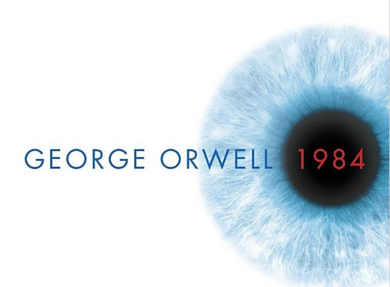 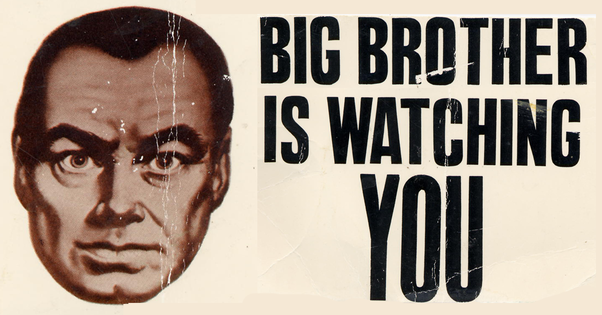 ​George Orwell’s 1984 Is Now the #1 Bestselling Book on Amazonin Film | January 24th, 2017
​
George Orwell Reviews We, the Russian Dystopian Novel That Noam Chomsky Considers “More Perceptive” Than Brave New World & 1984
We know George Orwell’s 1984 and Aldous Huxley’s Brave New World, at least by reputation, and we’ve heard both references tossed around with alarming frequency this past year. Before these watershed dystopian novels, published over a decade apart (1949 and 1932, respectively), came an earlier book, one truly “most relevant to our time,” writes Michael Brendan Dougherty: Yevgeny Zamyatin’s We, written in 1923 and set “1,000 years after a revolution that brought the One State into power.” The novel had a significant influence on Orwell’s more famous political dystopia. And we have a good sense of Orwell’s indebtedness to the Russian writer.
Three years before the publication of 1984, Orwell published a review of Zamyatin’s book, having “at last got my hands on a copy… several years after hearing of its existence.” Orwell describes the novel as “one of the literary curiosities of this book-burning age" and spends a good part of his brief commentary comparing We to Huxley’s novel. “[T]he resemblance with Brave New Worldis striking,” he writes. “But though Zamyatin’s book is less well put together—it has a rather weak and episodic plot which is too complex to summarise—it has a political point which the other lacks.” The earlier Russian novel, writes Orwell, in 1946, “is on the whole more relevant to our own situation.”
Part of what Orwell found convincing in Zamyatin’s “less well put together” book was the fact that underneath the technocratic totalitarian state he depicts, “many of the ancient human instincts are still there” rather than having been eradicated by eugenics and medication. (Although citizens in We are lobotomized, more or less, if they rebel.) “It may well be,” Orwell goes on to say, “that Zamyatin did not intend the Soviet regime to be the special target of his satire.” He did write the book many years before the Stalinist dictatorship that inspired Orwell’s dystopias. “What Zamyatin seems to be aiming at is not any particular country but the implied aims of industrial civilization.”
In the interview at the top of the post (with clumsy subtitles), Noam Chomsky makes some similar observations, and declares We the superior book to both Brave New World and 1984(which he pronounces “obvious and wooden”). Zamyatin was “more perceptive” than Orwell or Huxley, says Chomsky. He “was talking about the real world…. I think he sensed what a totalitarian system is like,” projecting an overwhelmingly controlling surveillance state in We before such a thing existed in the form it would in Orwell's time. The novel will remind us of the many dystopian scenarios that have populated fiction and film in the almost 100 years since its publication. As Dougherty concisely summarizes it, in We:
Citizens are known only by their number, and the story's protagonist is D-503, an engineer working on a spaceship that aims to bring the glorious principles of the Revolution to space. This world is ruled by the Benefactor, and presided over by the Guardians. They spy on citizens, who all live in apartments made of glass so that they can be perfectly observed. Trust in the system is absolute.
Equality is enforced, to the point of disfiguring the physically beautiful. Beauty — as well as its companion, art — are a kind of heresy in the One State, because "to be original means to distinguish yourself from others. It follows that to be original is to violate the principle of equality."
Zamyatin surely drew from earlier dystopias, as well as the classical utopia of Plato’s Republic. But an even more so an immediate influence, curiously, was his time spent in England just before the Revolution. Like his main character, Zamyatin began his career as an engineer—a shipbuilder, in fact, the craft he studied at St. Petersburg Polytechnical University. He was sent to Newcastle in 1916, writes Yolanda Delgado, “to supervise the construction of icebreakers for the Russian government. However, by the time the ships actually reached Russia, they belonged to the new authorities—the Bolsheviks…. [I]n an ironic twist, Zamyatin, one of the most outspoken early critics of the Soviet regime, actually designed the first Soviet icebreakers.”