Bert McCoy's
"MyTeaching Resources"
English 9-12
Click to set custom HTML
​This course introduces students to film aesthetics through the analysis of film form and style. The course aims to provide students with a fluency in and understanding of film’s unique language as it evolves technologically, historically and generically. Beyond teaching students how to recognize and describe formal choices and techniques, students will be asked to engage in close readings of films, attending to the greater aesthetic significance and stakes of formal choices and innovations evident within a particular film, directorial oeuvre, period or movement. Understanding form as an extension of content, we will look at the conventions of narrative film, the employment of formal techniques like the close-up, point of view, editing, framing and the use of sound as they function within particular filmic contexts and as they function within film’s systemic languages (like that of continuity editing and genre). Concentrating on questions evoked from early cinema to the present about film’s specificity as an art and technological ability, we will consider the changing role of the spectator in relation to the moving image, how film has evolved technologically, film’s relationship to reality including its reporting and construction of the “real,” as well as how film aesthetics have been employed to build ideology and to break with it.

Click to set custom HTML
Click to set custom HTML
I'd probably fail school exams if I took them today. Remembering loads of facts and figures, and getting them on paper quickly has always been a nightmare for me. But exams don't measure skills like reasoning, exploring, communicating and positively influencing - essential skills that the world needs.
I’m blessed to have had parents that encouraged me to follow my passion and talents. They allowed me to leave school at 16 years old to start my own business, because they recognized that I was at my best when I could do things my way.I’m not suggesting students should drop out of school; I’m advocating for all people – not just dyslexics – to find their passions, and then work hard to become really good at it.
Whether you got the grades you wanted or not, if you do what you love and what you are naturally good at, it will take you far in life. It certainly has for me.
​
Sr. Richard Branson

Illustrator Steve Cutts sets his latest animation, "Happiness," in a teeming urban environment, with hundreds of near identical cartoon rats standing in for human drudges in an unfulfilling, and not unfamiliar race.
Packed subway cars, a bombardment of advertising, soul-deadening office jobs, and Black Friday sales are just a few of the indignities Cutts’ rodents are subjected to, to the tune of Bizet’s "L'amour est un oiseau rebelle."
Rampant over-consumption—a major preoccupation for this artist—offers illusory relief, and a great deal of fun for viewers with the time to hit pause, to better savor the grim details.
The maximalist frames read like a gratifying perversion of Richard Scarry’s relentlessly sunny Busytown. As with Cutts' 80s-throwback Simpson’s couch gag: pop-culture references and visual input whip by at subliminal warp speed.
They may also serve as an antidote to the sort of messaging we’re constantly on the receiving end of, whether we live in city, country or somewhere in-between. Check out the scene as Cutts pans up from the subway platform, 52 seconds in:
The panty-clad female model for Blah cologne’s fashionably black and white ad is emaciated nearly to the point of death.
“You’re better than laces” flatters the latest (laceless) shoe from a swoosh-bedecked footwear manufacturer, while a radiator-colored beverage floats above the motto “Just drink it, morons.”
Krispo Flakes fight depression with “the bits other cereals don’t want.”
Heaven help us all, there’s even a poster for TRUMP The Musical.
This freeze-frame scrutiny could make an excellent activity for any class where middle and high schoolers are encouraged to think critically about their role as consumers.
As Cutts, a one-time employee of the digital marketing agency, Isobar, who contributed to campaigns for such global giants as Coca-Cola, Google, Reebok, and Toyota, told Reverb Press in 2015:
These are things that affect us all on a fundamental level so naturally they’re a main focus for a lot of my work. Humanity has the power to be great in so many ways and yet at the same time we are fundamentally flawed. I think it’s the conflict between these two that fascinates me the most. As a race of beings we’ve made incredible achievements in such a short space, but at the same time we seem so overwhelmingly intent on destroying ourselves and everything around us. It would be very interesting to see where we’ll be in a hundred years. The term insanity is intriguing – it’s almost like we’re encouraged to act in a way that seems genuinely insane when you look at it objectively, but it’s often accepted as normal right now. I think we will have to evolve beyond our current thinking and way of doing things if we want to survive.

Here's a little something for the Nutella lovers...Enjoy!

A TED Talk by Dr. Matt Whoolery!
Whoolery has another talk about loosing one's self-esteem...Fantastic!

Be careful with those cell phones...They give off ionic Radiation! 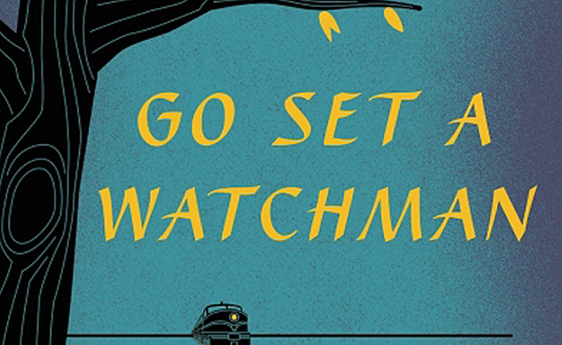 ﻿ Dissident Poet Joseph Brodsky Gives Life Tips to College Grads (1988) in Life, Poetry November 4th, 2013
Although Joseph Brodsky was one of the most celebrated Soviet dissidents of the 20th century, the Nobel Prize-winning poet had been unerringly hounded by the repressive Soviet government, which had labeled his poetry as “pornographic and anti-Soviet.” Refusing to abandon his writing, Brodsky was repeatedly brought to court, and once sentenced to 18 months of labor in the Arctic region of Arkhangelsk. During one of his courtroom appearances, the young poet displayed an admirable level of testicular fortitude when the judge asked him, “Who has recognized you as a poet? Who has enrolled you in the ranks of poets?” Brodsky, defiant, replied “No one. Who enrolled me in the ranks of the human race?”

In 1972, Brodsky left the USSR for America, where he was widely sought as a lecturer (his academic bedpost included notches from Cambridge, Columbia, the University of Massachusetts, and Mount Holyoke). On the heels of his winning the 1986 National Book Critics’ award for criticism for Less Than One and receiving the Nobel Prize for Literature in 1987. Brodsky was invited to give the 1988 commencement address at the University of Massachusetts.

Brodsky’s remarks are far from the galvanizing dose of inspiration that many commencement addresses impart, and certainly not what UMass graduates were expecting. Rather than uplift, the poet’s words soberly ground the audience; instead of wrapping them in a warm self-assuredness, the life tips are jarring, like an ice bath. Brodsky’s address is a mix of wry humour, acknowledgement of our absurdist existential dilemma, and bold, honest compassion. Reading Brodsky’s advice, one can’t help but feel that the poet valued his flawed humanity even more than his art; likely, they were inseparable.

Here’s a boiled-down version of the poet’s remarks:

1) “Treat your vocabulary the way you would your checking account.” Expression often lags behind experience, and one should learn to articulate what would otherwise get pent up psychologically. Learn to express yourself. Get a dictionary.

2) “Parents are too close a target… The range is such that you can’t miss.” Be generous with your family. Even if your convictions clash with theirs, don’t reject them—your skepticism of your infallibility can only benefit you. It will also save you a good deal of grief when they are gone.

3) “You ought to rely on your own home cooking.” Do not expect society to arrange itself to your benefit—there are too many people whose desires conflict for that to happen. Learn to rely on yourself, and help those who cannot.

4) “Try to not to stand out.” Do not covet money or fame for their own sake. It is best to be modest. There is comfort joining the ranks of those who follow their own discreet paths.

5) “A paralyzed will is no dainty for angels.” Do not indulge in victim-hood. By blaming others, you undermine your determination to change your circumstances. When life confronts you with hardships, remember that they are no less an intrinsic part of existence. If you must struggle, do so with dignity.

6) “To be social is to be forgiving.” Do not let those who have hurt you live on in your complaints. Forget them. 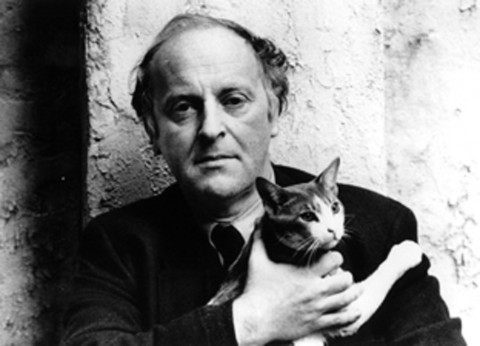 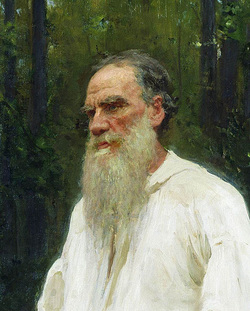 A new study published this week in Science concludes that you may get something unexpected from reading great literary works: more finely-tuned social and emotional skills. Conducted by Emanuele Castano and David Comer Kidd (researchers in the psych department at the New School for Social Research), the study determined that readers of literary fiction (as opposed to popular fiction or non-fiction) find themselves scoring better on tests measuring empathy, social perception and emotional intelligence. In some cases, it took reading literary fiction for only a few minutes for test scores to improve.

The New York Times has a nice overview of the study, where, among other things, it features a quote by Albert Wendland, an English professor at Seton Hall, who puts the relationship between literature and social intelligence into clear terms: “Reading sensitive and lengthy explorations of people’s lives, that kind of fiction is literally putting yourself into another person’s position — lives that could be more difficult, more complex, more than what you might be used to in popular fiction. It makes sense that they will find that, yeah, that can lead to more empathy and understanding of other lives.”