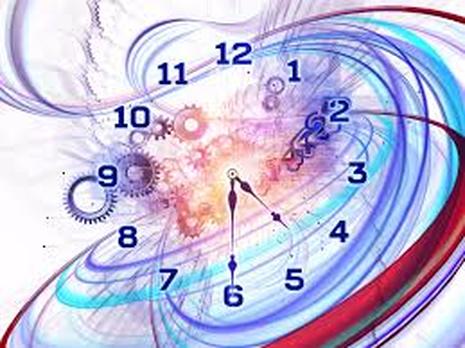 ​
​12 Dates of Christmas 2011
Kate finds herself reliving Christmas Eve (including a blind date with a man named Miles) over and over again. She must discover how to break the cycle – should she attempt to win back her ex-boyfriend Jack, or should she pursue Miles, or something else?
​
12:01 1993 Office worker Barry Thomas is forced to relive the worst day of his life.
12:01 PM 1990 This is the first film adaptation of the short story "12:01 PM" by Richard A. Lupoff, which was published in 1973 in The Magazine of Fantasy and Science Fiction. It originally aired on cable television as part of the Showtime 30-Minute Movie anthology series. It was nominated for an Academy Award.
A Day2017A father attempts to save his daughter whilst stuck in an endless time loop.

About Time
2013Romantic comedy-drama film about a young man with the special, but limited, ability to time travel who tries to change his past in order to improve his future.

ARQ
2016An engineer, whose invention causes time to loop during a home invasion, attempts to save his former lover, while learning who has targeted him and why.
Before I Fall2017A popular high school senior finds herself reliving the same day over and over.

Camp Slaughter
(also known as Camp Daze)2005A slasher film in which a group of present-day teenagers are sent back to 1981, and discover a summer camp which is stuck reliving the day a demented killer went on a rampage.

Dead End2003A horror comedy starring Ray Wise and Lin Shaye in which a family seems to relive an eerie night-time drive along a forest road.
Groundhog Day1993Self-centered television weatherman Phil Connors (Bill Murray) is forced to relive the same day over and over again.

Happy Death Day2017A snobby young woman finds herself murdered at her birthday party. She wakes up the morning of her death, alive, facing the same day over and over again.

Haunter2013The ghost of a teenager, Lisa Johnson (Abigail Breslin) who, along with her family, keeps reliving the same day (although she is the only one aware of it) tries to protect a young girl, Olivia (Eleanor Zichy) and her family from a dead serial killer, the Pale Man (Stephen McHattie) who can possess the living.

The Last Day of Summer2007In this Nickelodeon TV movie, 11-year-old Luke gets his wish that every day could be the last day of summer.
Live. Die. Repeat.:

Looper2012Criminal organizations send victims back in time to be killed by assassins called "loopers". Joe is a looper who learns that his next target will be a future version of himself.
mother!2017A "Mother" finds herself experiencing a series of surreal and violent events surrounding the fracture of reality until the cycle is redone by "Him".
Mickey's Once Upon a Christmas1999Huey, Dewey, and Louie must repeat Christmas Day until they come to learn the true meaning of Christmas.

Mine Games2012A group of friends vacationing in the woods discover their own corpses and realize they are trapped in a time loop which they attempt to break.

Mirror for a Hero1987Zerkalo dlya geroya a Soviet Union film by Vladimir Khotinenko. Two heroes circle multiple times in 1949, adapting to the harsh post-war life, meeting the parents of one of them, finally returning to the present time, having reassessed their attitude towards elders.

Predestination2014An agent for the Temporal Agency is sent back in time to prevent unwanted events in the past so they cannot occur in the present, all while chasing an unidentifiable terrorist.

Premature2014Rob, a high school senior, has to re-live losing his virginity over and over again until he gets it right, with the right girl.

Primer2004Two engineers accidentally develop a means to travel back in time several hours, but soon come at odds over how to use their discovery, and each start using their own version of time travel to outwit the other.

Puella Magi Madoka Magica: The Movie2012Homura Akemi has an ability to travel 30 days back in time, and has done so countless of times before the film began. Each month, Homura fails in her attempts to save Madoka Kaname from destruction, and is forced to relive the tragedy of losing Madoka.

Repeat Performance
1947Film noir meets science fiction when a woman shoots her husband on New Year's Eve, 1946, then wishes that she could live the year all over again. Will she make the same choice a second time?

Repeaters2010A group of inmates at a rehabilitation facility are forced to repeat the same day over and over again.

Retroactive1997A psychiatrist makes multiple trips through time to save a woman who was murdered by her husband.

Run Lola Run1998A woman needs to obtain 100,000 Deutsche Mark in twenty minutes to save her boyfriend's life—and she gets more than one try.
Salvage2006Claire encounters horror and murder after finishing a day working at a convenience store, not once but many times. An official selection of the 2006 Sundance Festival.
Source Code2011U.S. Army Aviation pilot Captain Colter Stevens repeatedly experiences the last eight minutes of another person's life to identify the bomber in a terrorist attack in order to prevent a second, nuclear attack on Chicago.
Stork Day2004An Italian television star who is filming a documentary in Tenerife relives August 13 over and over. Based on Groundhog Day.

The Terminator 1984
A cyborg assassin is sent from the future into the present to prevent unwanted future events. A soldier from the future follows the assassin in order to stop it, thereby creating the events that lead to the solder's own future.

Timecrimes 2007Hector, a middle-aged man, is chased by an unidentified bandaged man. He meets a scientist with a time machine, and travels a short period back in time to briefly escape the unknown assailant.

Triangle 2009A group of friends go on boat trip and become stranded due to a storm. They discover a cruise ship which causes them to experience a series of repeating events.

Turn Back the Clock1933After marrying for love, tobacconist Joe is hit by a car, and wakes up 20 years in the past. He decides to relive his life and marry a wealthy woman instead of his true love.

Urusei Yatsura 2: Beautiful Dreamer 1984
Throughout the film, the students of Tomobiki relive the day before the school festival over and over again. As the film progresses, it is revealed that the students are actually in a dream.
Powered by