This website is my file cabinet of resources I use to Teach...Write... and Paint!
COVID-19 Credit/No Credit Info
https://admission.universityofcalifornia.edu/response-covid-19.htmlHow will Pass/No Pass (Credit/No Credit) grading in spring 2020 affect my admission application to UC? 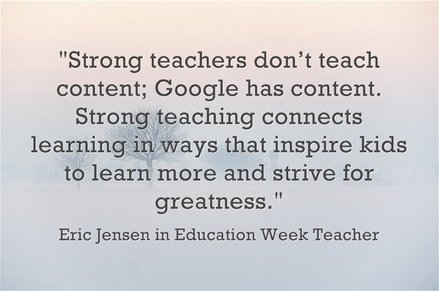 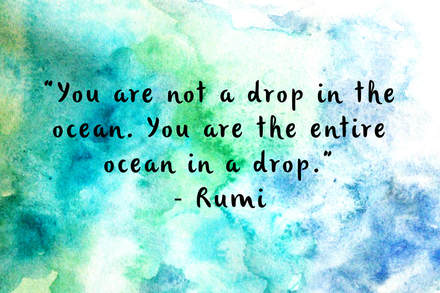 Below:
Two of my three boys... with LA Galaxy midfielder Sebastian Lletget. 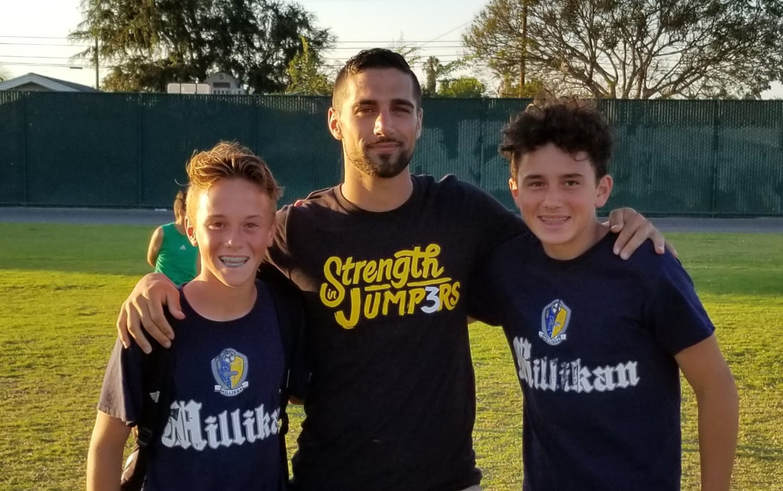 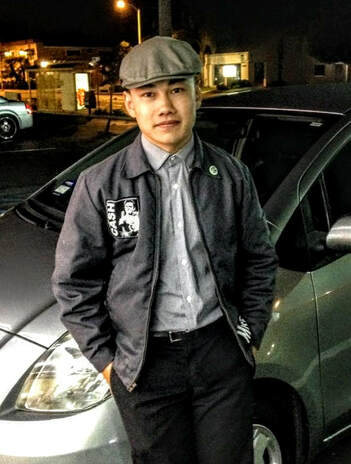 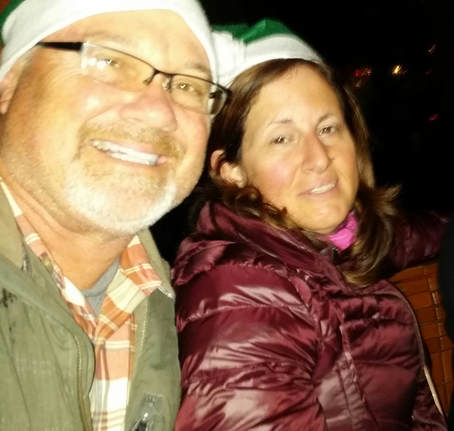 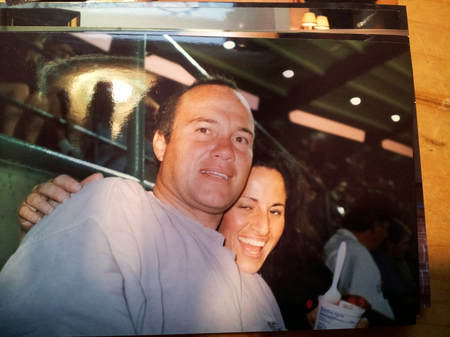 This website is my file cabinet of materials and ideas I use to best meet my teaching goals for my students  which  are to...Students:
*Be present and in the moment
*Be an active listener and participate
*Be a part of all discussions
I do realize there are many videos that are no longer accessible...My sincere apologies!
Interesting website...Reference 1984...Brave New World.
​http://crisiscast.com/

Welcome to English 12...I’m glad you’re here!
The purpose of this course is to introduce you to some of the major British and American authors, to help discover a rich cultural heritage, and to develop a genuine appreciation for some of the most time-tested works of art in the English language. I’m hoping we can have some fun. The more deeply you understand yourself, the more deeply you will understand great poetry and great Literature. Exploring a great piece of poetry/Literature is really exploring a great part of your Self. That being said, Let's begin our Self-realization journey.
~Bert McCoy﻿

We've all had a cup of coffee after a nap. But maybe we've been doing it all wrong. Maybe we should put the cup of coffee before the nap. It sounds counterintuitive. But apparently the coffee nap--a cup of joe followed immediately by a quick nap--has some scientific merits and unexpected health benefits.
Over at Vox, they've summarized the findings of researchers at Loughborough University in the UK, who found that "when tired participants took a 15-minute coffee nap, they went on to commit fewer errors in a driving simulator than when they were given only coffee, or only took a nap."
Or "a Japanese study found that people who took a caffeine nap before taking a series of memory tests performed significantly better on them compared with people who solely took a nap, or took a nap and then washed their faces or had a bright light shone in their eyes."
The accompanying Vox video above explains how the coffee nap works its magic. The biology and chemistry all get discussed in a quick two-minute clip.
Click to set custom HTML
Click to set custom HTML
Click to set custom HTML
The Boiling Frog Theory
- Put a frog in a vessel of water and start heating the water...- As the temperature of the water rises, the frog is able to adjust its body temperature accordingly...- The frog keeps on adjusting with increase in temperature...- Just when the water is about to reach boiling point, the frog is not able to adjust anymore...- At that point the frog decides to jump out...- The frog tries to jump but is unable to do so, because it lost all its strength in adjusting with the water temperature...- Very soon the frog dies. What killed the frog?
Many of us would say the boiling water...But the truth is what killed the frog was its own inability to decide when it had to jump out...
We all need to adjust with people and situations, but we need to be sure when we need to adjust and when we need to confront / face or even consciously move out/ on...

There are times when we need to face the situation and take the appropriate action...Fight it & do it with all your honestly, sincerity and full force.
On the other side, if you are 110% sure that environment is beyond control or the objective is not providing adequate incentive…leave your ego, quit and move on to more productive cause in life.
Not only this will avoid your unnecessary suffering, this make you a better and balanced leader of your life and task in hand.

So, decide when to jump or adjust...

​Mooji Below...start at 1:18...Stay focused on the road!
Click to set custom HTML
​When you
Concentrate on the mistakes of others
Concentrate on what you don’t have
Concentrate on why you can’t be happy
Concentrate on the past
Concentrate on the future
Concentrate on what’s wrong with this very moment
How can you be happy?
~B McCoy
A link to SOME of my quotes:
https://www.goodreads.com/author/quotes/13581047.Bert_McCoy
If--
BY RUDYARD KIPLING
(‘Brother Square-Toes’—Rewards and Fairies)
If you can keep your head when all about you
Are losing theirs and blaming it on you,
If you can trust yourself when all men doubt you,
But make allowance for their doubting too;
If you can wait and not be tired by waiting,
Or being lied about, don’t deal in lies,
Or being hated, don’t give way to hating,
And yet don’t look too good, nor talk too wise:
If you can dream—and not make dreams your master;
If you can think—and not make thoughts your aim;
If you can meet with Triumph and Disaster
And treat those two impostors just the same;
If you can bear to hear the truth you’ve spoken
Twisted by knaves to make a trap for fools,
Or watch the things you gave your life to, broken,
And stoop and build ’em up with worn-out tools:
If you can make one heap of all your winnings
And risk it on one turn of pitch-and-toss,
And lose, and start again at your beginnings
And never breathe a word about your loss;
If you can force your heart and nerve and sinew
To serve your turn long after they are gone,
And so hold on when there is nothing in you
Except the Will which says to them: ‘Hold on!’
If you can talk with crowds and keep your virtue,
Or walk with Kings—nor lose the common touch,
If neither foes nor loving friends can hurt you,
If all men count with you, but none too much;
If you can fill the unforgiving minute
With sixty seconds’ worth of distance run,
Yours is the Earth and everything that’s in it,
And—which is more—you’ll be a Man, my son!
Click to set custom HTML

​Below...Another one of my Beloved teachers-
​Papaji.

One of the best TED Talks I have ever seen!
Jill's Got It!

Below...an excellent Ashton Kutcher sharing some info to those who have ears to hear.